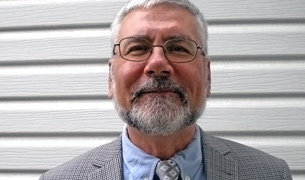 Professor Chris Damaren obtained his doctorate at UTIAS in 1990 in the area of control systems for flexible spacecraft. In the 1990s most of his research concentrated on control system design for large structurally flexible robot manipulator systems such as the Space Station robotic systems developed by Canada. Most of this work was performed at Royal Roads Military College in Victoria, BC and the University of Canterbury in Christchurch, New Zealand. Since joining the faculty of UTIAS in 1999, his research group has been involved in the dynamics and control of spacecraft including the orbital, attitude, and structural motions of these systems.

A current research thrust is the development of control systems for formation flying spacecraft. The goal here is to control the relative motion between multiple spacecraft. His research group has examined many aspects of the control problem including the development of suitable reference trajectories, optimal maneuvers for transitioning between different formation types, and the design of feedback controllers and state estimation methods. Current research focuses on combining impulsive control via thrusters with the Lorentz force produced by the geomagnetic field acting on spacecraft charge.

Another major research area centres on the use of the Earth’s magnetic field and the torques it produces on current loops to provide control torques for spacecraft attitude control. This is fundamentally a time-varying problem because the field changes as the spacecraft moves around in its orbit. Our group has developed special methods for developing stabilizing feedback controllers which control the currents in the loops on board the spacecraft and hence the torques that are experienced. This work has been recently extended to attitude control for structurally flexible spacecraft.

More fundamental research has included the development of robust controllers for (possibly) nonlinear systems using two celebrated results in feedback control theory: the passivity theorem and small gain theorem. The idea is to use the stability properties predicted by the latter theorem to deal with systems which have passive characteristics at low frequency but exhibit passivity violations at high frequency. Applications included flexible space structures with collocated sensors and actuators. Other work has applied nonlinear robust control theory for the control of aerospace problems such as formation flying and attitude control. The bottleneck here is the Hamilton-Jacobi equation. Special algorithms have been developed for constructing approximate solutions to it.

Recently his group has embarked on the development of control systems for solar sails: large gossamer structures that use solar radiation pressure acting on a thin sail as a source of propulsion. Current projects include the study of control-structure interaction when tip vanes are used for pointing the sail and trajectory optimization using numerical approaches to optimal control theory.