The Faculty of Applied Science & Engineering

The Faculty of Applied Science & Engineering is a world-renowned community of researchers and students dedicated to solving some of the world's most pressing challenges through collaborative and multidisciplinary research and experiential education. Through rigorous technical training, and unparalleled extracurricular and professional experience opportunities, we prepare the next generation of engineering leaders and change makers to unlock the future's boundless potential.

OUR DEPARTMENTS, DIVISIONS AND INSTITUTES are among the top-ranked in their fields in Canada for their innovations in engineering education and research:

Professor Christopher Yip began his term as Dean of the Faculty of Applied Science & Engineering on July 2, 2019, after serving two years as Associate Vice-President in the University's International Partnerships Office.

Discover more about U of T Engineering:

OUR RESEARCH is guided by six Innovation Clusters, which represent advanced research efforts that address a vast range of social, economic and industrial challenges: 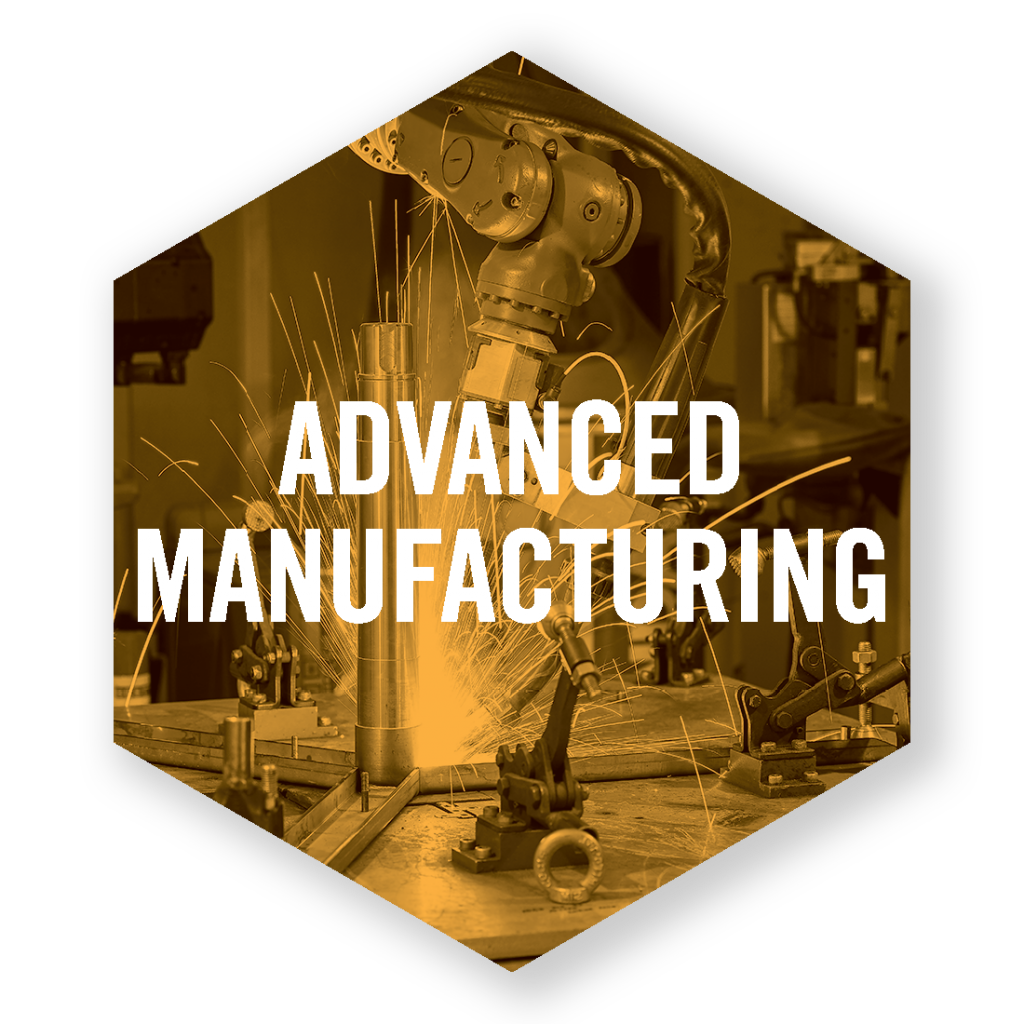 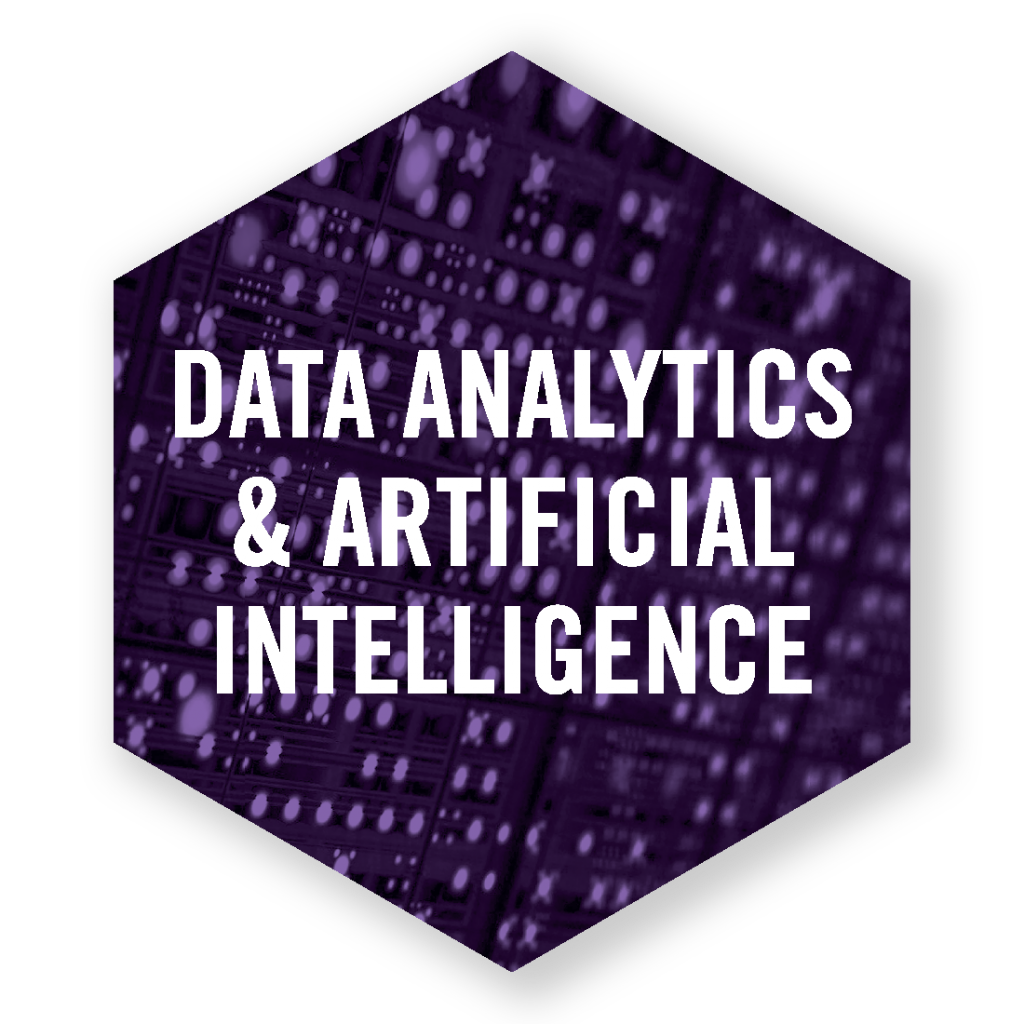 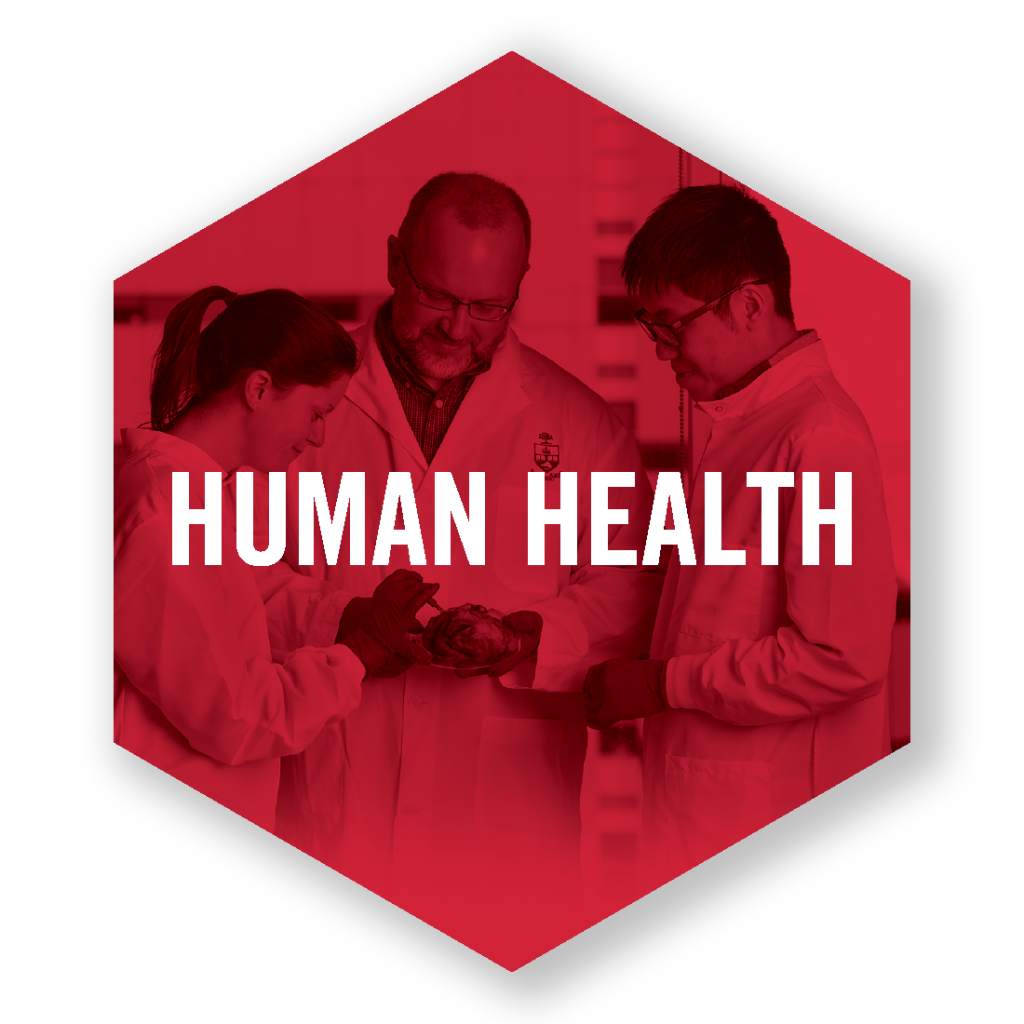 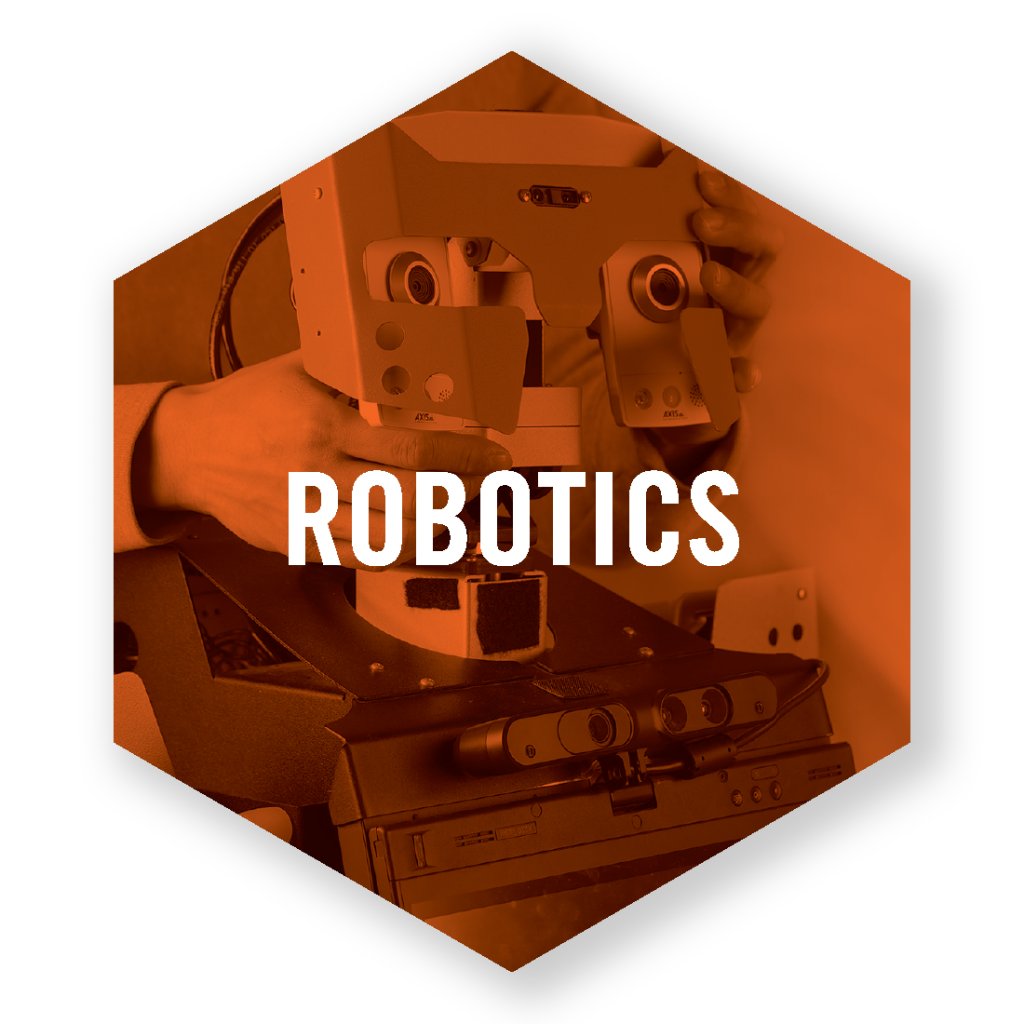 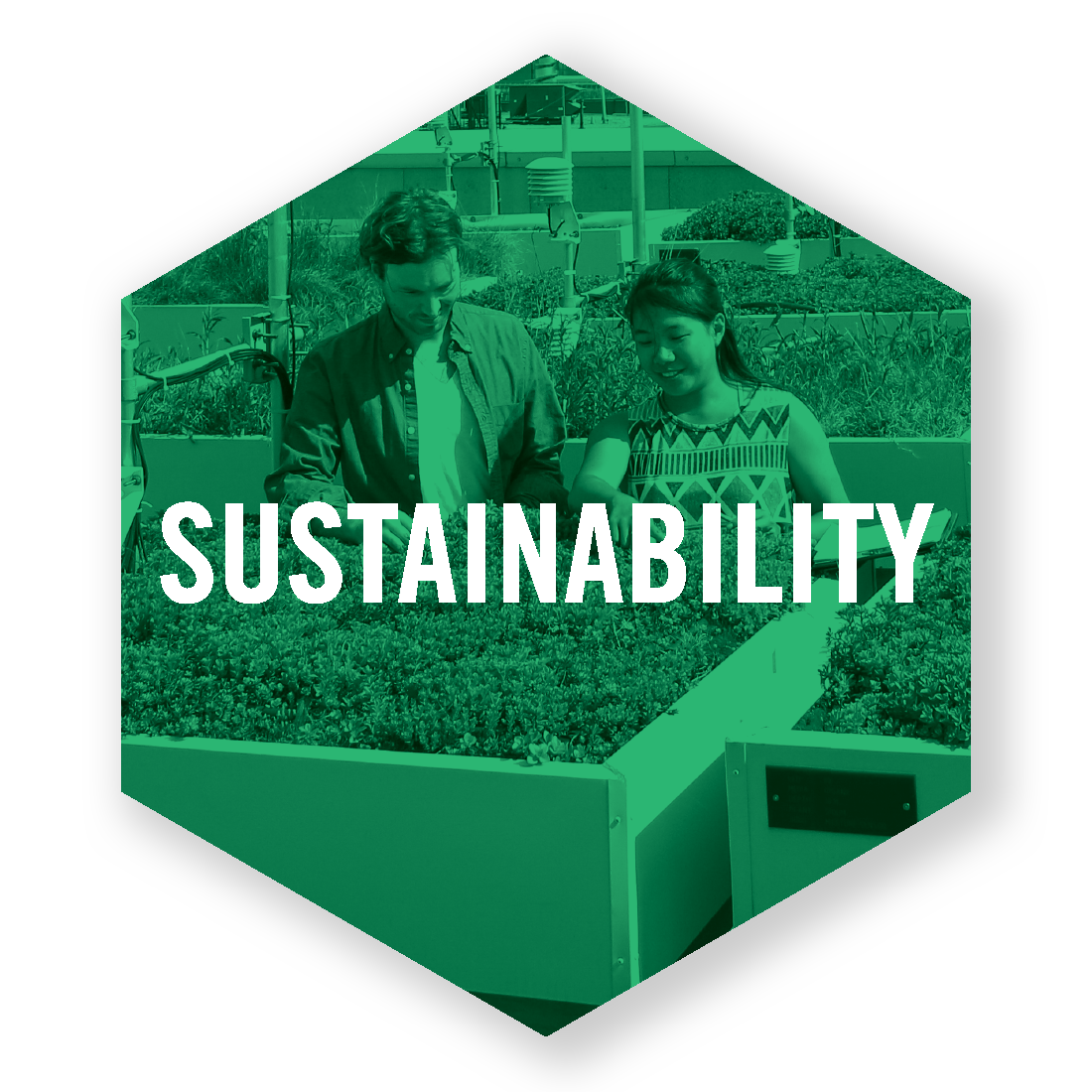 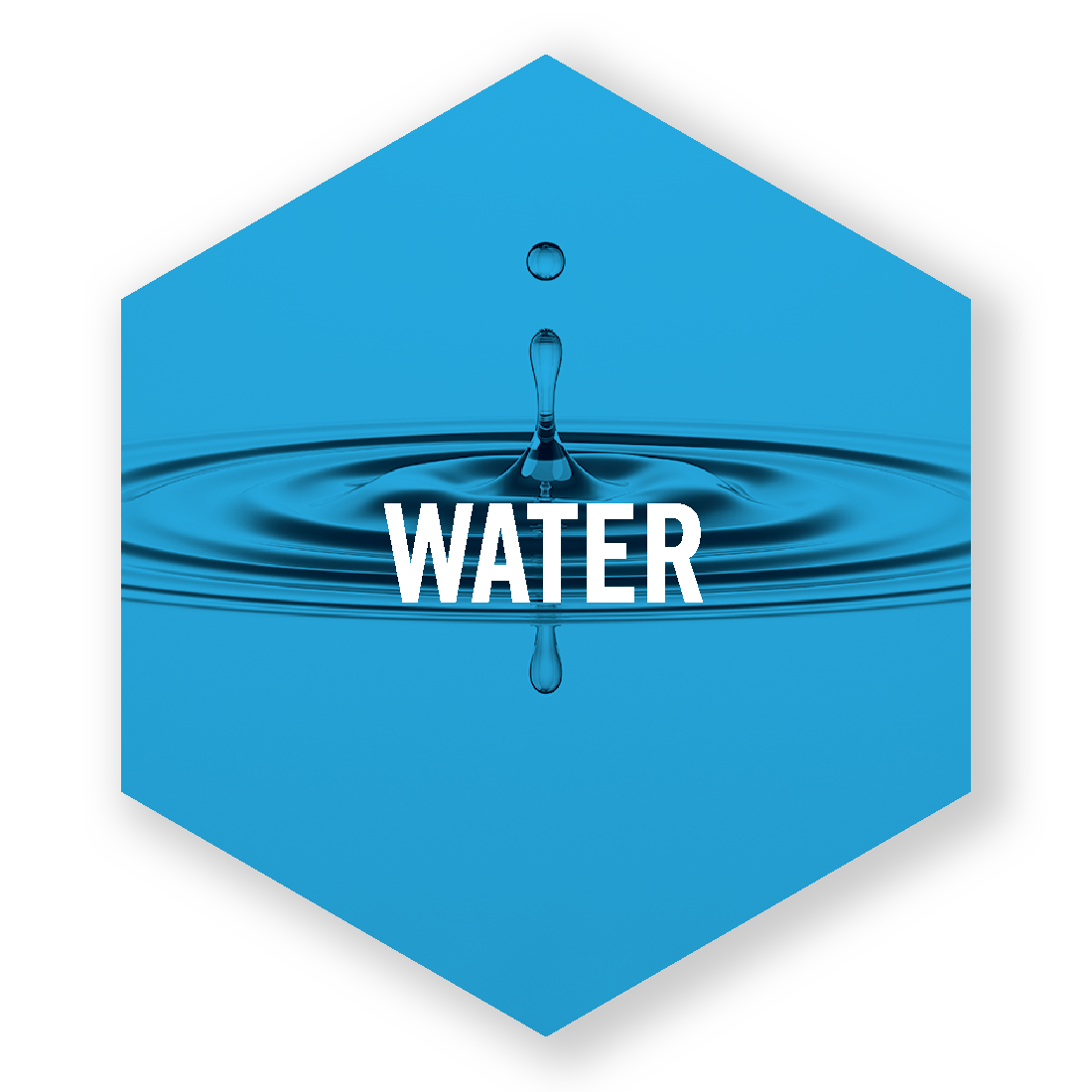 Acclaimed professors across our nine academic areas challenge our students to think beyond conventional approaches to engineering. Over a quarter of our community hails from outside of Canada, and the proportion of woman faculty and students is among the highest in the country. This diversity brings new perspectives to the classroom, further enriching our collaborative learning environment.

The U of T Engineering community 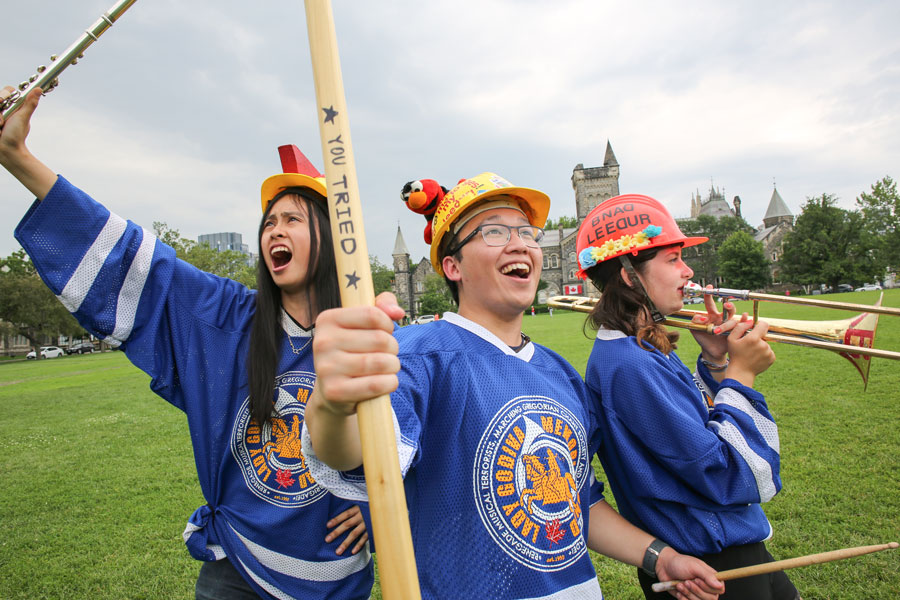 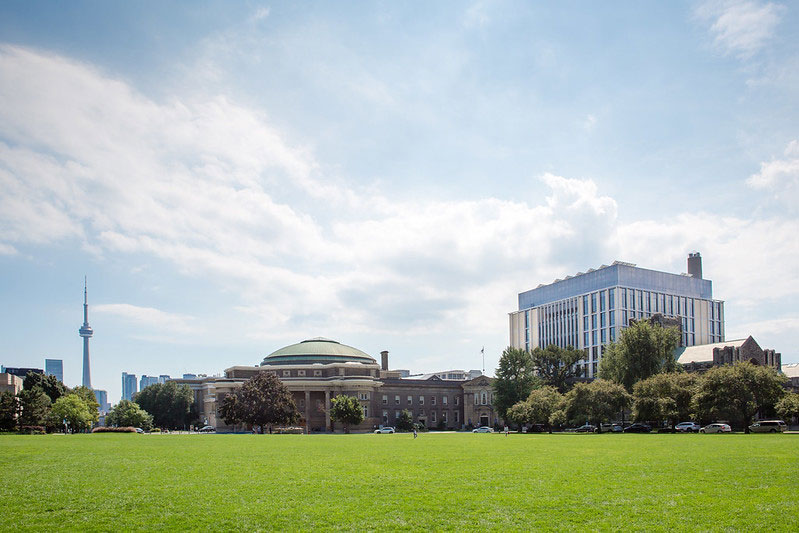 U of T Engineering is home to some of the most accomplished engineering researchers and students from across Canada and around the world. Together, we foster an unparalleled culture of excellence. This passion for innovation and collaboration shines through in our approach to education. Our professors integrate cutting-edge classroom technologies, innovative teaching techniques and multidisciplinary and global perspectives to engage students in new ways.

These remarkable individuals receive a number of international and national awards each year for excellence in engineering education and research. Our alumni excel globally as leaders, innovators and agents of change across many industries and settings.

Our Faculty has evolved over time to include a wider range of engineering programs, new technology, facilities, a broader global perspective and a more diverse community of students, faculty, researchers, industry partners and staff. It is with the same spirit and vigour that our current students and faculty continue to make strides in the field of engineering—improving the lives of others in Canada and around the world through research, entrepreneurship and philanthropy.

U of T Engineering is located on the St. George campus of the University of Toronto, situated in the heart of one of North America’s most vibrant, diverse and innovative cities. Our community sits on the doorstep of world-class healthcare facilities, industries and businesses, enabling seamless collaboration and immediate impact.

U of T Engineering is Canada's top engineering school and among the world's best across international rankings.

U of T Engineering by the Numbers

alumni across Canada & around the world

U of T Engineering Rankings 2022

Founded as the School of Practical Science in 1873, U of T Engineering has a rich and vibrant history. 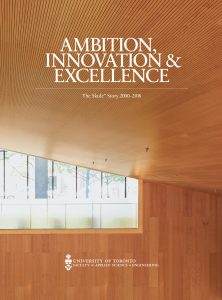 Read more about our Faculty's history in Ambition, Innovation & Excellence: The Skule™ Story 2000-2018.

Start and end dates indicate term as dean of the Faculty of Applied Science & Engineering.

Our Faculty has been a wellspring of many "firsts" since its inception in 1873. These achievements are a testament to our Faculty's commitment to an unwavering pursuit of excellence and innovation.

Professor Christopher Yip is appointed the 14th Dean of U of T Engineering and is the first chairholder of the Decanal Chair in Innovation. In the same year, our Faculty concluded U of T's Boundless campaign with a fundraising total of $246M, surpassing our original goal of $200M. Boundless remains the largest campaign in Canadian university history.

Our Faculty celebrates the official opening of our newest building, the Myhal Centre for Engineering Innovation & Entrepreneurship (Myhal Centre), at 55 St. George Street.

For the first time in our Faculty’s history, women constitute more than 40 per cent of the first-year class. In the same year, our Faculty also hosts Canada’s largest STEM event for elementary school students, GO NORTH (formerly InnovateU) and Canada’s first conference on engineering leadership education. Aerovelo sets a new record for the fastest human-powered vehicle on earth.

Established Medicine by Design, which was supported by the largest research grant in the University's history. In the same year, our Faculty launched the Translational Biology and Engineering Program (TBEP) at the Ted Rogers Centre for Heart Research in partnership with the Faculties of Medicine and Dentistry.

Additionally, Professor Milica Radisic and graduate student Boyang Zhang and their collaborators at our Institute of Biomedical Engineering (BME) are part of a team that develop the first-ever method for creating living three-dimensional human heart tissue that behaves like mature heart tissue.

Established the Institute for Leadership Education in Engineering (ILead), a unique-in-Canada centre dedicated to enabling engineering students to explore and enhance their leadership potential. The institute was later renamed Troost ILead in 2018.

The Engineering Positive Space Committee is formed to celebrate and recognize the diversity of our student body. In the 2015-16 academic year, the Engineering Society introduced the first non-binary student to take on the role of Godiva’s Crown, which has historically been held by a woman student.

Microelectronic Circuits, a textbook co-authored by former Chairs of The Edward S. Rogers Sr. Department of Electrical & Computer Engineering, alumnus Adel Sedra and Professor Emeritus K.C. Smith, reaches 1 million in sales. Oxford Press, the textbook’s publisher, has frequently stated that it is its bestselling publication after the Bible and the Oxford English Dictionary.

Cristina Amon is named the first woman Dean of the Faculty of Applied Science & Engineering. She has been recognized nationally and internationally for her transformative leadership of our Faculty.

Julie Payette (ECE MASc 9T0) is the first U of T Engineering alumna to travel to space and is a crew member on the first mission to manually dock the shuttle to the International Space Station (ISS). She also becomes the first Canadian to participate in an ISS assembly mission and board the Space Station.

For the first time, an alumnus or alumna of the Faculty takes home an Oscar: William C. Shaw (MIE 5T1) wins for Scientific and Technical Achievement, with his three co-inventors of the IMAX projector.

Adel Sedra (ECE MASc 6T8, PhD 6T9) becomes the first professor from our Faculty to hold the position of University of Toronto Provost. He held the position until 2002.

Jeffrey Skoll (ECE 8T7) graduates and eventually becomes the first employee and first President of eBay, the world’s first and largest online auction site. He goes on to found Participant Media, the successful production company behind such films as Spotlight, The Help, The Best Exotic Marigold Hotel and Bridge of Spies, among many others.

Our Institute for Biomedical & Biomaterials Engineering introduces a Master of Health Science (MHSc) in Clinical Engineering. It is unique to our Faculty and is the first engineering program in Canada to partner with a Faculty of Medicine.

Canadarm1 launches. The design of Canadarm1 was made possible by Professor Peter Hughes’s development of an innovative approach to the dynamics of robotic arms with elastic links.

Professor K.C. Smith develops the origins of touch-screen technology in his lab in the Department of Electrical Engineering. It would later become ubiquitous in consumer electronic products.

The Professional Experience Year Co-op Program is created within the Department of Mechanical Engineering, with four student placements; the program was extended to all of our departments in the 1980s. By 2018, more than 10,000 students have been placed in internship positions.

Professor James Ham becomes the first Dean of our Faculty to be appointed President of the University of Toronto. In the same year, The Cannon is introduced as the official student newspaper of the Faculty of Applied Science & Engineering.

Don Allen, Adjunct Professor, Department of Mechanical Engineering, through his company Vibron, designs the stabilizing rings of the CN Tower, then the world’s tallest free-standing structure and the world’s largest tower.

Faculty members and undergraduate students in our Department of Mechanical Engineering participated in the Intercollegiate Clean Air Car Race with their electric/propane hybrid vehicle, nicknamed Miss Purity. Remarkably, the team placed first in their class and sixth overall.

The Toike Oike is the first newspaper in the world to announce President Lyndon B. Johnson as president of the United States upon his election. A copy of the paper was accepted into the Lyndon Baines Johnson Memorial Library and Museum in 2016.

Chemical engineer Lewis Urry (ChemE 5T0) develops the first commercially viable alkaline battery, the basis of many common household brands. It is considered to be one of the 100 greatest inventions of all time.

To accommodate veterans returning from the Second World War, the University of Toronto’s Faculty of Applied Science & Engineering created the country’s first satellite campus in the town of Ajax, Ontario, in a converted shell-filling plant, approximately 42 kilometres east of the University’s St. George campus. The role of engineering during the Second World War was deemed so vital that the government encouraged students to seek out training in this field, thus explaining the influx of students to engineering programs during this time. The first classes were held in January 1946, and the campus remained active until 1949. The “Rock of Ajax” stands outside the Galbraith building, and two floors of Innis Residence are named Ajax House to commemorate this time in our Faculty’s history.

Skule™ is used to refer to the Faculty of Applied Science & Engineering for the first time, in a Skule™ Nite program.

Elsie “Queen of the Hurricanes” MacGill graduates as the first woman electrical engineer in Canada. MacGill builds a career as the world’s first woman aircraft designer. In 2016, MacGill was recognized for her achievements and contributions and chosen as a finalist in the Bank of Canada’s search for a “bankNOTEable” Canadian woman to featured on Canadian money.

The first “iron ring ceremony” for graduating engineers at U of T is conducted; prolific writer Rudyard Kipling pens the Ritual of the Calling of an Engineer in May 1922 for use during the ceremony, as commissioned by Professor Herbert Edward Terrick (H.E.T) Haultain.

Edward S. Rogers Sr. enrols at our Faculty. Before his undergraduate degree was complete, he created the first all-electric radio station and became the first Canadian amateur radio operator to transmit a signal across the Atlantic. In 2000, our Department of Electrical & Computer Engineering was renamed The Edward S. Rogers Sr. Department of Electrical & Computer Engineering, in honour of the late Edward (Ted) Rogers Sr.

A plot of land at Gull Lake in Ontario is purchased by the University of Toronto for our Faculty. It is the country’s first off-campus teaching facility for the study of surveying, opening its doors in 1920. Known by students and alumni as Survey Camp, it continues to be used by our civil and mineral engineering students and faculty for the practical education of root surveying and topographic mapping.

The Toike Oike is first published as an election paper; it later evolves into a student humour paper still in existence more than 100 years later.

Civil engineering student Harry Tate graduates. He goes on to play a leading role in the development of the Toronto Transportation Commission and Canada’s first subway line.

The Faculty of Applied Science & Engineering is established within the University of Toronto. John Galbraith is appointed the first Dean.

The Engineering Society is formed. John Galbraith, then a faculty member, served as the first President, through four terms.

The Ontario School of Practical Science, the precursor to our Faculty, opens its doors as the first engineering school in Ontario.