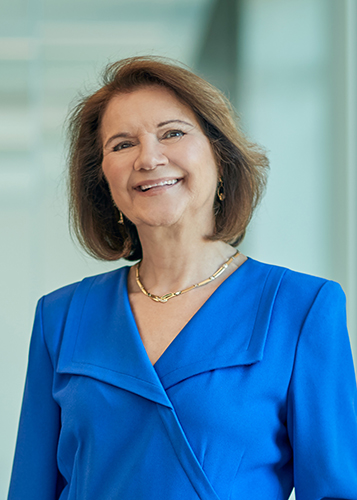 Cristina Amon is Dean and Alumni Distinguished Professor in Bioengineering at the University of Toronto’s Faculty of Applied Science & Engineering. Under her leadership, Canada’s #1 ranked engineering school has become a global hub for multidisciplinary research and education known for its cross-Faculty centres and institutes, innovative undergraduate and graduate programming and strong partnerships with industry and other external collaborators. Her commitment to outreach and diversity has set a new standard for Engineering schools worldwide: the number of women faculty members at U of T Engineering has almost tripled in the last decade, from 20 to 57, and the Faculty celebrated an historic 40% women first-year undergraduate enrolment for its third consecutive year in 2018. Today, U of T Engineering students, staff and faculty come from more than 100 countries around the world.