Interested members of the U of T community who would like to attend the seminars can email Kendra Hunter at hunter@mie.utoronto.ca 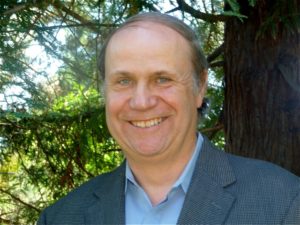 Stanford University
(Thomas W. Ford Professor in the School of Engineering and Professor, by courtesy, of Electrical Engineering)

Biography
Peter W. Glynn is the Thomas Ford Professor in the Department of Management Science and Engineering (MS&E) at Stanford University, and also holds a courtesy appointment in the Department of Electrical Engineering. He received his Ph.D in Operations Research from Stanford University in 1982. He then joined the faculty of the University of Wisconsin at Madison, where he held a joint appointment between the Industrial Engineering Department and Mathematics Research Center, and courtesy appointments in Computer Science and Mathematics. In 1987, he returned to Stanford, where he joined the Department of Operations Research. From 1999 to 2005, he served as Deputy Chair of the Department of Management Science and Engineering, and was Director of Stanford’s Institute for Computational and Mathematical Engineering from 2006 until 2010. He served as Chair of MS&E from 2011 through 2015. He is a Fellow of INFORMS and a Fellow of the Institute of Mathematical Statistics, and was an IMS Medallion Lecturer in 1995, a Lunteren Lecturer in 2007, the INFORMS Markov Lecturer in 2014, an Infosys-ICTS Turing Lecturer in 2019, and gave a Titan of Simulation talk at the 2019 Winter Simulation Conference. He was co-winner of the Outstanding Publication Awards from the INFORMS Simulation Society in 1993, 2008, and 2016, was a co-winner of the Best (Biannual) Publication Award from the INFORMS Applied Probability Society in 2009, was the co-winner of the John von Neumann Theory Prize from INFORMS in 2010, and gave the INFORMS Philip McCord Morse Lecture in 2020. In 2012, he was elected to the National Academy of Engineering, and in 2021 he received the Lifetime Professional Achievement Award of the INFORMS Simulation Society. He was Founding Editor-in-Chief of Stochastic Systems and served as Editor-in-Chief of Journal of Applied Probability and Advances in Applied Probability from 2016 to 2018. His research interests lie in simulation, computational probability, queueing theory, statistical inference for stochastic processes, and stochastic modeling.

MIE’s Distinguished Seminar Series features top international researchers and leading experts across major areas of Mechanical Engineering and Industrial Engineering. The speakers present about their latest research and offer their perspectives on the current state of their field. The seminars are part of the program requirements for MIE Master of Applied Science and PhD students. The Distinguished Seminar Series is coordinated for 2022-2023 by Assistant Professor Merve Bodur.